The Zappeion Congress Hall & The Vision Of Evangelos Zappas 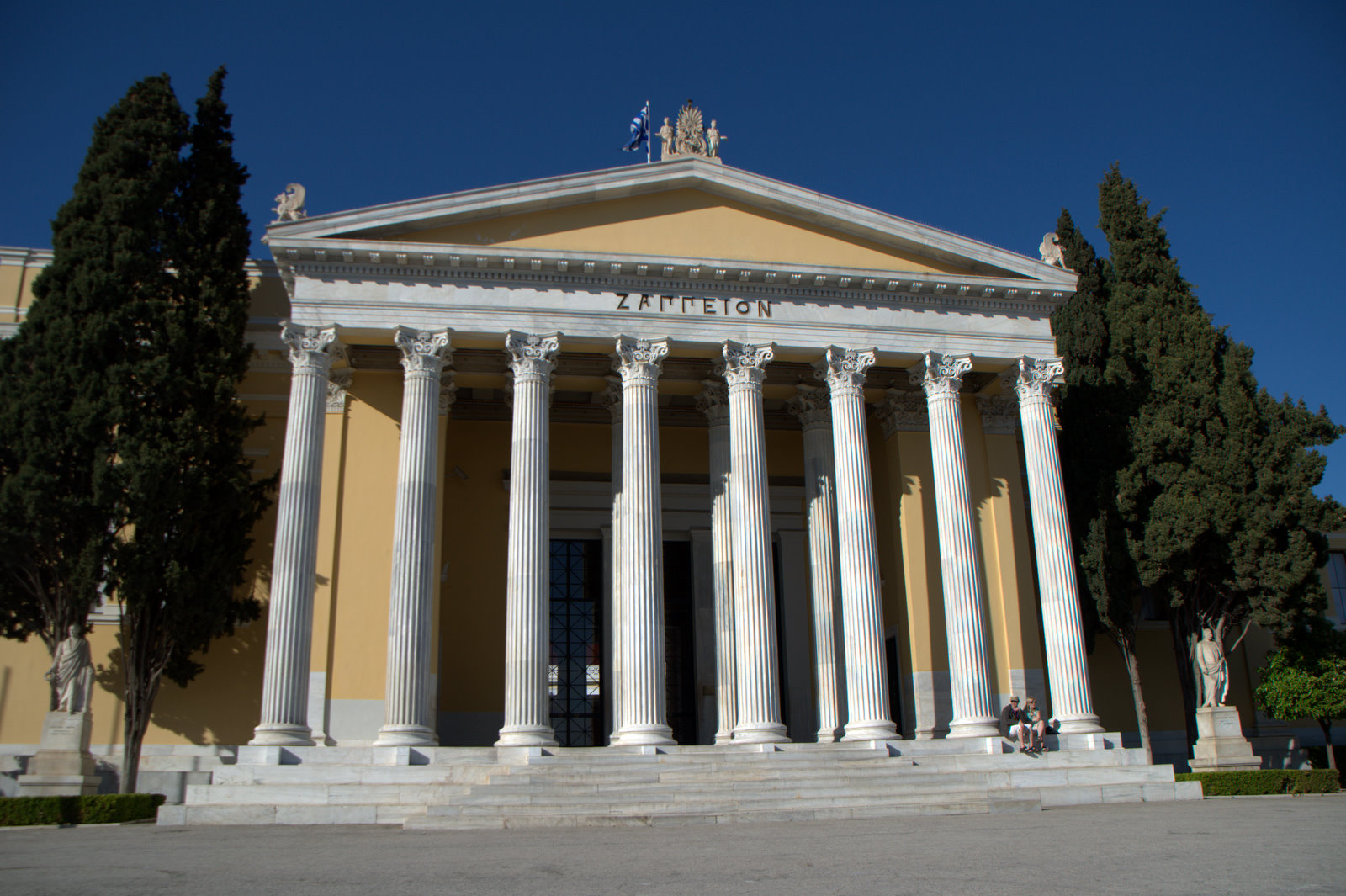 This beautiful neoclassical building is one of the most important meeting venues for conferences, exhibitions and special events in Europe. It is superbly located in the historic center, within walking distance of the Acropolis and the marble Panathenaic Stadium of the 1896 Olympic Games. It is surrounded by 200 sq. m. of gardens, which are actually part of the National Gardens, with winding paths and fountains and over 70 neoclassical sculptures. The building is also of significant historical importance and is connected with major events of Modern Greek and European history such as the signing of the documents formalizing Greece’s accession to the European Union on January 1, 1981, which took place in the building’s marble-clad, main atrium.

Shortly after the Greek War of Independence in 1821, Greeks who had lived and created great fortunes abroad had a bright vision for the future of free Greece. One of these prominent Greeks of the Diaspora was Evangelos Zappas from Romania. Now that Greece had won its independence and was a free state once again it needed a space, a glorious space, to host cultural events and to house historical artefacts and valuable works of art. But his true passion was to revive the Olympic Games in the modern world and the Zappeion would be erected solely with this purpose in mind.

In 1869 the Parliament of the Hellenes made approximately 80,000 sq. meters of public land available between the temple of Olympian Zeus and what, were then, the palace gardens. This took into account Zappas wish for the building to be as close as possible to the Stadium. Zappas dream finally became a reality and in 1874 construction began on the Zappeion Megaron based on the designs of French architect Francois Boulanger and the Danish architect Theofilos Hansen. The Zappeion was completed in 1888 and was used during the 1896 Summer Olympics as the main fencing hall. A decade later, at the 1906 Summer Olympics, it was used as the Olympic Village.

Its architecture is in the neoclassical order, with a Corinthian portico, and an organization of spaces that is in total harmony with the purpose for which it was built. This building and surrounding gardens give us a charming picture of Athens in the early 20th century.

For a complete guided tour of this beautiful historic building and the surrounding gardens please contact the Athens Walking Tours.