The Brightest Christmas in Athens EVER!!! 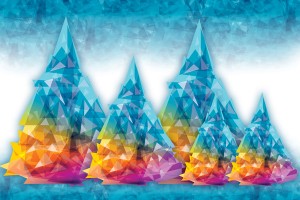 Not one but 16 Christmas trees will light up in Syntagma Square this year.

The Mayor of Athens, Giorgos Kaminis, has made a personal commitment with a signed press release stating that this Christmas not one citizen of Athens will feel sad or alone. There is cause and reason for celebration and that is that in the face of difficulty we stand together in solidarity, volunteerism and collective action. 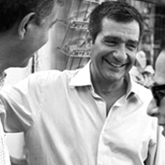 The Mayor of Athens Giorgos Kaminis.

I am including an excerpt from the press release because I feel it merits attention and I truly commend his efforts. “ We  have  remained  faithful,  at  the  lowest  possible  financial  cost, spending only 10% of the money that had been spent in previous years. This year’s Christmas events from the City of Athens do not aim at an easy and ornate spectacle and they are not based on thoughtless  waste. They  seek  to revive  the  deeper,  humanist  and universal meaning of Christmas and the New Year; to illuminate the city, as is due to a European capital with a long tradition, culture and history; to strengthen the solidarity that is so essential in these times. To offer to all a taste of joy, the hope of feasible prospects and a breath of optimism.
Merry Christmas and a Happy New Year!

From December 11 to January  4 a total of 550 different musicians, actors, dancers, jugglers, clowns will present a wide variety of performances suitable for people of all ages in 30 neighborhoods of Athens.

With so much music, dance and merriment going on it will be impossible to not feel a little Christmas Cheer, from wherever you may be.