Mycenae – Land Of Myth And Heroes 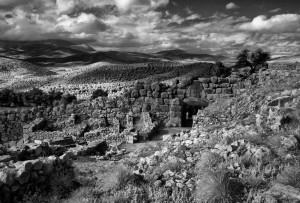 Mycenae was the most important and richest palatial center of the Late Bronze Age in Greece and a kingdom steeped in myth, tragedy, intrigue and legend and was constructed in the 13th century BC. It was home to one of the most important and influential civilizations in Greek history, the Mycenaean Civilization (1600 BC to 1100 BC) and it is from here that  Agamemnon gave the command to launch 1000 ships thus beginning the Trojan War. 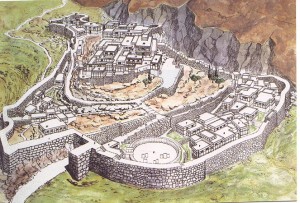 There are so many stories and myths associated with Mycenae and its inhabitants that one could fit in an encyclopedia lending  truth to the saying that it is a land that breeds stories and when the traveler sets eyes upon this land of Argolis with it’s fertile valleys of orange, lemon and olive groves, one might just understand why. This is one of the most haunting and impressive archaeological sites in the world. 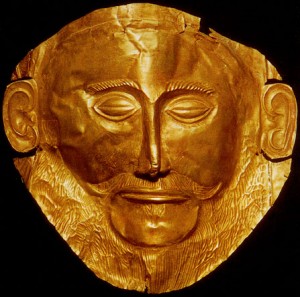 The famous mask of Agamemnon found by Heinrich Schliemann

Very little of this incredible structure remains so when you do go you will need to inspire your imagination. It will help to do a little research on your own or better yet enlist the services of a licensed guide so that when you stand at the top of the citadel you can envision Agamemnon gazing towards the Aegean and perfecting his strategy against Troy. Or when entering the area which is considered the royal chamber you can hear Clytemnestra’s angry vow of revenge on Agamemnon for sacrificing their daughter Iphigenia to the goddess Artemis. 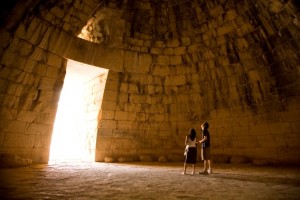 The Tomb of Agamemnon at the site of Mycenae

But those structures that do remain are breathtaking like the Lion’s Gate entrance to the palace and the Tomb of Agamemnon, the unique tholos or beehive tomb structure where Agamemnon was claimed to be buried along with his mythical treasury of gold. 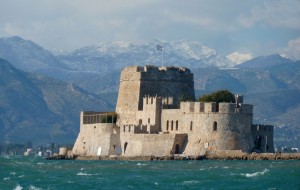 Bourtzi island across the city of Nauplio on a windy day.

Mycenae is located 120 kilometers southwest of Athens and 42 kilometers north of Corinth. It is an ideal day trip from Athens and can be combined with a trip to Nauplia which is only 25km away from Mycenae. In short, Nauplia (pronounced Nafplia or Nafplio) was the first capital of Greece and is a well preserved historical city with much to see and do like taking a walk down the charming promenade,or admiring the lovely traditional architecture, the quaint shops and stylish boutiques. A boat ride to Bourtzi island is a must or work up your courage to mount the Palamidi Fortress which is considered a masterpiece of military architecture. The Athens Walking Tours organizes private or group tours to the Mycenae, Nauplia, Ancient Corinth and Epidaurus (pronounced Epidavros) so contact them for more information. It will compliment your experience of Greece immensely in providing you with a knowledgeable and fascinating insight of the ancient world of Greece and its mythical heroes.