«This Summer We Go Greece!” 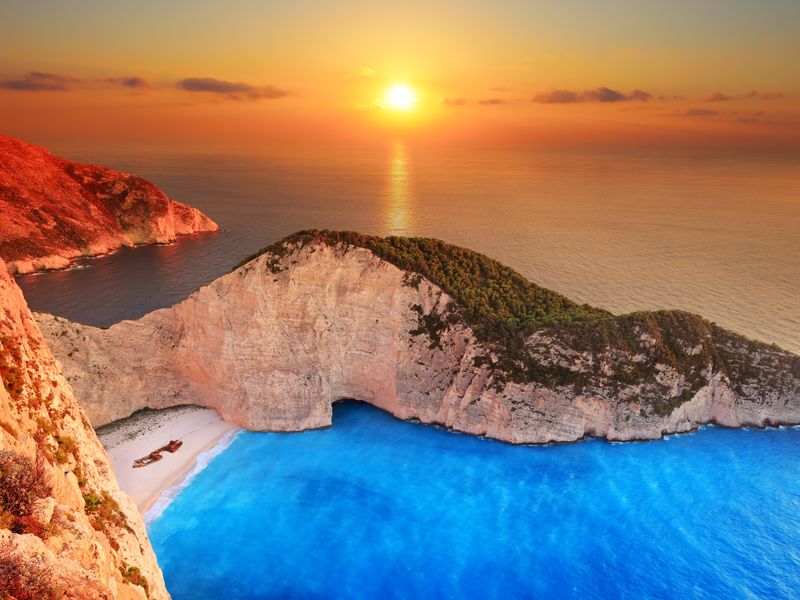 Perhaps the most photgraphed beach in Greece – Navagio-beach-in-Zakynthos

Committed to the promise we made in 2010, to support- as a newspaper of the Greek Diaspora- by all means our homeland in its time of suffering due to the ongoing economic crisis,  we launch again this year the two-month campaign of Greek News, urging Greek Americans and philhellenes to visit Greece during summer.

The message of our campaign is simple and hits primarily on the sentiment and patriotism of Greeks in America who feel the pain with the images coming from Greece, having experienced the situation themselves during their visits.

«This Summer We Go Greece!”

“For its natural beauty, rich history, its civilization, culture, its lifestyle.”

But above all, because

“We love Greece and we want to help her get up again and stand on its feet.”

When we started our campaign in May 2010, just days after the tragic incident of Marfin and amid negative articles by international press and thousands of travel cancellations, we were the first and only Greek media, who simply tried to reached out to patriotism and to the abundant strength of the Diaspora. Our message was multiplied and since then, dozens of initiatives by organizations, celebrities, professionals and ordinary people were born with a similar message, cultivating a new type of volunteerism, based on patriotism and philhellenism.

This year’s campaign aims to remind us of our self-evident obligation. Especially now that the climate at the international level has improved considerably and predictions speak for 17 million tourists who will visit Greece this year, our job becomes easier. 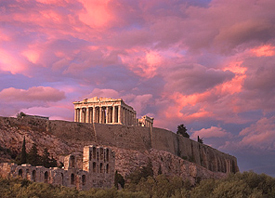 The Sacred Rock of Athens – The Acropolis. Absolutely Magnificent.

In the U.S., official data says that 1.3 million people declare their Greek origin, while unofficially the number exceeds two million. A large percentage of them has never visited Greece, or has visited at a very young age. It is those people that we aim primarily to arouse their interest. Because Greece is not only a place and an idea, it is also the people and the roots of each of us. And we hope to highlight this appropriately during our two-month campaign.

Even more are those, who have not ever visited Cyprus, which also faces huge economic problems, but it is equally beautiful and Greek. It would be very desirable and helpful if some Greek-Americans could combine this year’s holidays with Greece and Cyprus.

The only difficulties in the U.S. market are the reduction of direct flights from the U.S. to Greece and the negative image created by incidents of discrimination against migrants (or non-white tourists), but also the crime.

On the issue of flights, we welcome the systematic and continued efforts by the Tourism Minister and the Secretary of GNTO. Even if it won’t be achieved this year, with the help of this year’s tourist arrivals it will be easier to be achieved next year.

The issue of violence, we think it needs special attention and sensitivity and above all we need to deal with the right paramilitary gangs. Who not only pose a threat to the safety of tourists, but destroy the values on which the call to foreigners to visit Greece is based.

We also hope that the discomforts experienced two years ago, with the strike of taxi drivers and other protests will not be repeated this summer. It is not our job to tell Greek citizens what to do to protect their living; but tourism is a sector that gives bread to millions of our compatriots. And because “it takes two to tango”, the same sense of responsibility with employees must be demonstrated by the government, which likes to take by surprise by taking measures amid critical periods (eg for teachers on the eve of national exams).

Instead of an epilogue I quote a statement by Gianna Angelopoulos – Daskalakis, in an interview to Greek News in answering our question how the Greek Americans can help Greece today.

“Take your bags out, get on the plane, and go to Greece.  Have your dollars with you; spend them. There is no better place.  Not just for the picturesque islands and mainland, the wonderful weather, the welcoming people–we all know the Greek word “philoxenia”–but to support our people and to support youth.  I’ve done what I’ve done with youth in the two goals that I have; maybe I’ll do more of them.  Imagine how many Greek Americans could do the same.  Put a prize out, or take some know-how and go back and serve their country to encourage them, and give them hope.  The Greek Americans who admired Greece at the Olympics, who felt so proud because we presented ourselves on the international stage as a brand new country.  This can happen again.”

This Article was re-printed from “The Greek News”