Star Showers In The Land Of The Gods

Those of you who stayed up late last night along the Western Hemisphere and who were lucky to have clear skies, away from city lights will agree with me that it was a magical night. I am referring, of course, to the Perseid Meteor showers that occur every Summer – approximately a month between July and August- and for a few spectacular nights light up our world as they pass through “our neighborhood” in the sky. Don’t worry if you missed them, there is still time; the Perseid Meteor Showers won’t leave our corner of the sky until August 24.

The Perseids take their name from their apparent origin in the constellation Perseus, the hero of ancient Greek mythology born from a shower of heavenly gold.

I have seen these showers in many places around the world but nothing compares to seeing this miraculous natural phenomena in Greece.  There is just something about being in a sacred land -with so many echoes of unique intellect and the intense beauty of simple white marble and or granite or limestone or a swelling sea as the sky just unloads, it seems, a zillion points of light….

The Perseid star showers take place every year from July 17 to August 24. If you are in Greece during this time make sure you try and stay up late to watch this amazing phenomenon. During August is really the best time to be in Athens. The city is quieter and less crowded since most of the native Athenians have fled the city for a little R&R.

This means that the city is yours! Why not climb Mount Lycabettus one starry evening to see the star showers, or maybe a night swim at one of the lovely beaches. You can lay on the warm sand and watch the galaxy at play. Check out some of my previous blog articles for suggestions on beaches near Athens and things to do in the city!

You will have to stay up late to see the Perseids at their peak; the best viewing comes from midnight to dawn, particularly after the half-full moon sets at 1 a.m.

But let the pictures support my account. The first picture was taken by Babak Tafreshi and it is from the imposing UNESCO World Heritage Site of Meteora,  a historic complex of lofty monasteries perched atop the unusually sculpted sandstone cliffs near Kalabaka in central Greece. 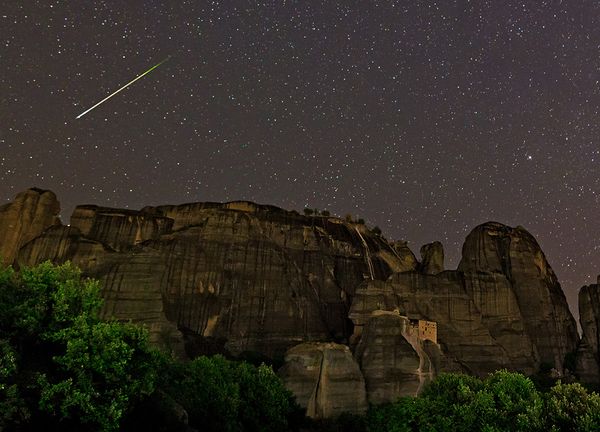 If you are in Greece or Athens during this time and see the star showers I would love to see some of your pictures. We will upload them on the blog!

Now go out there and have some fun! 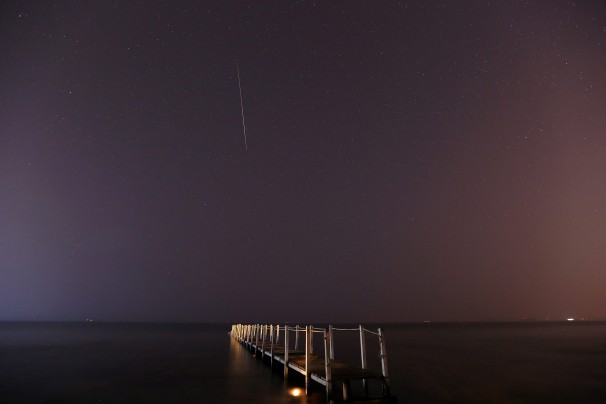 A long-exposure photo shows a meteor burning up in the atmosphere over a beach in Anavissos, Greece WP 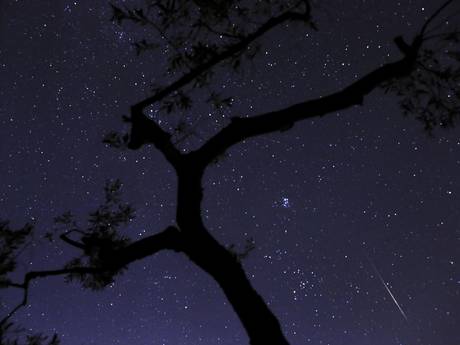