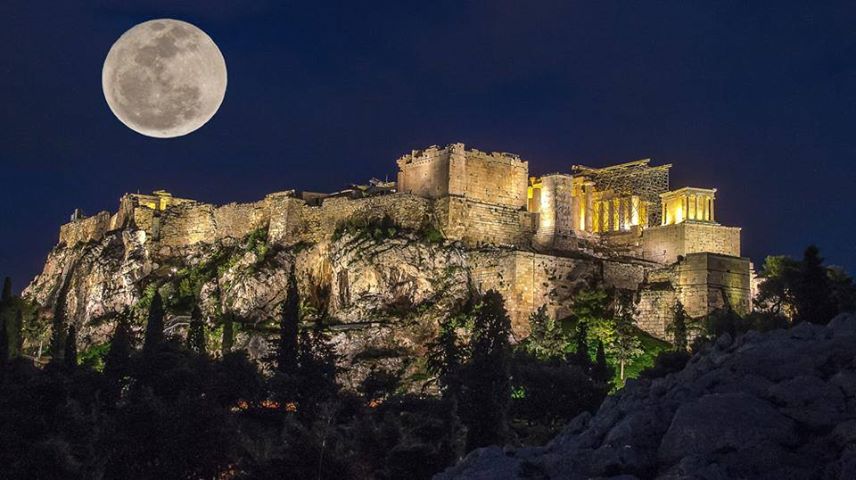 August Moon Rising Over The Sacred Rock In Athens

The full moon in August is remarkable in many ways. People seem to become more spontaneous, more carefree, with less of a mind for work and more of a mind for fun, and for some lucky ones – romance!

Greeks are very passionate about their full moons, especially the August one which this year falls on Wednesday August 21. Special celebrations have been planned throughout Greece. 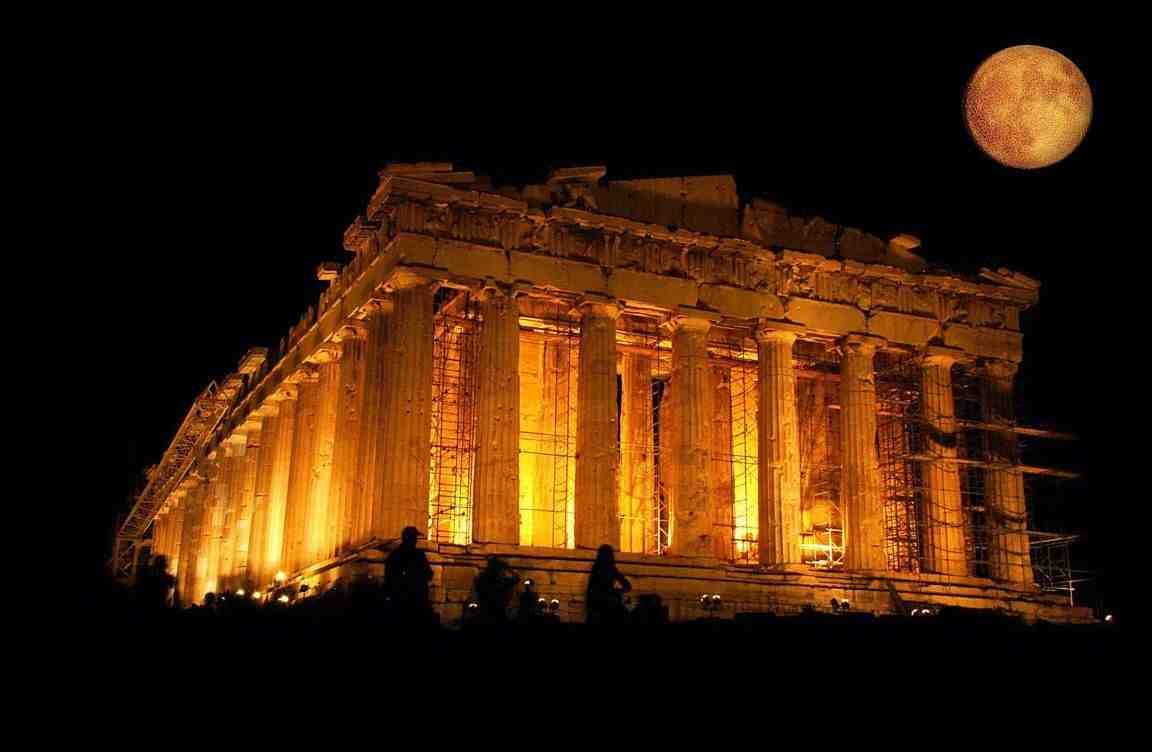 FULL MOON OVER THE PARTHENON

Some archaeological sites will remain open at night giving visitors the unique opportunity to experience these sacred places bathed in moonlight. Some will even offer outdoor music concerts within the sites – a rare opportunity indeed enhancing the experience enormously.

This year’s celebrations will include at least 106 archaeological sites and museums around Greece which will remain open and offer free admission. Unfortunately though the Acropolis of Athens and the Temple of Poseidon in Sounio will not be among them. The reason being in previous years over 15,000 visitors visited the site on full moon night causing both damage to the site and frustration to the visitors due to long lines and crowds. Some injuries were even reported due to slipping in the darkness and overcrowding.

The full moon festival in August is the only day of the year when visitors can enjoy free admission to participating archaeological sites and museums after sunset, a tradition which began in 1996.

The sites and museums operate during normal visiting hours on that day then re-open after 20:00. Moon rise this year is schedule for 20:10 local time. 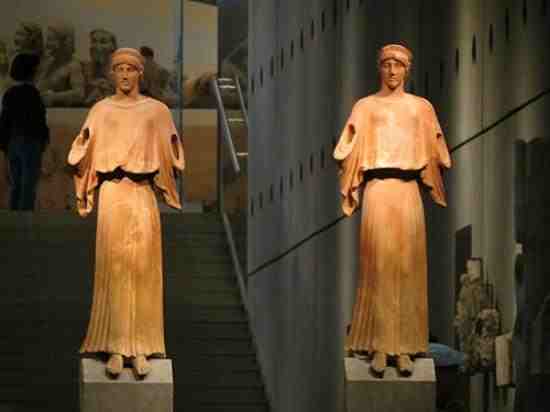 Among the sites and museums in Athens that will be open are the Acropolis Museum with musical performances, The Archaeological site of Elefsina which will have a Greek music concert performed my Vassilis Lekkas and Melina Kana, The Archaeological Museum of Athens will offer free admission to the Antikythera Exhibit and on the Hill of Filopappou you will enjoy an open air concert by the Athens Philharmonic under the light of the full moon and the Acropolis – and it doesn’t get better than that!

For those of you that will be outside of Athens for the August full moon check locally for scheduled events.