Kolonaki: The Sophisticated Part Of Athens 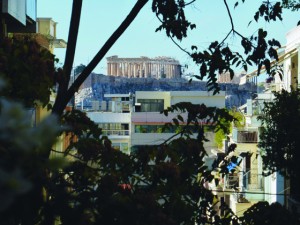 Acropolis view from Kolonaki by Drew

Kolonaki is a misunderstood area. It is considered upper-class & snobbish, but it also hosts quite a few less well off residents and many intellectuals, academics, artists, etc.

The district is located between Ambelokipi, Syntagma, Lycabettus Hill & Neapoli. It took its name from a ritual bollard (kolonaki) of the Ottoman rule, found in Dexameni sq. and now transferred to the central square of the district. This bollard was apotropaic, designed to avert evil influence (drought, epidemics, etc.). People would follow a ritual, sacrifice an animal, bury it with various amulets etc. and set the bollard above it. Many such artefacts have been found in various parts of Greece. 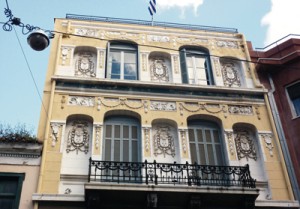 Originally, the place was full of vines and sheep and goats, with few permanent residents and many pens. It started to attract wealthy residents, aristocrats and politicians when the Palace (current Parliament) was erected there and government buildings, major residence halls, embassies etc. were built around it. The paving of its roads was completed just in the 70s, as, until then, many were mere dirt roads descending from Lycabettus Hill. 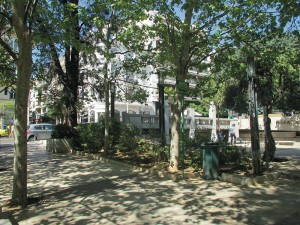 Today, Kolonaki has several great buildings (neoclassical, eclectic, Art Nouveau, etc.), the most notable of which are the American School of Classical Studies /Gennadius Library, two beautiful squares (of Kolonaki & Dexameni), closed & open-air cinemas, important museums (Benaki, Cycladic Art, Numismatic), Lycabettus Hill (with a cable car, a great restaurant – cafeteria, theatre, the underground source of the river Eridanus, the churches of  Ai Giorgi & Ai Siderea, as the Athenians call them -their official names are Agios Georgios & Agioi Isidoroi- and views of the whole of Athens), the Experimental School, the Concert Hall & the elaborate church of Agios Dionysios. 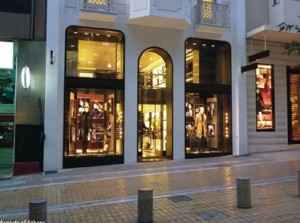 It also features expensive fashion stores, sophisticated bars and restaurants, popular ashangouts for journalists and politicians, galleries, many clinics and law offices, while the cafes in the square turn into great nightclubs and Skoufas Street into a long pub-crawl paradise every night.

A walk in the area is worth your time, especially around Lycabettus Hill, where you can still hear owls & screech owls.