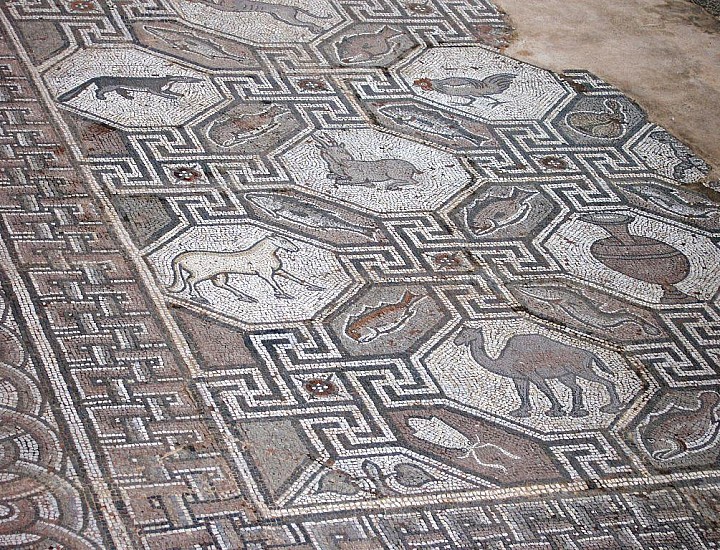 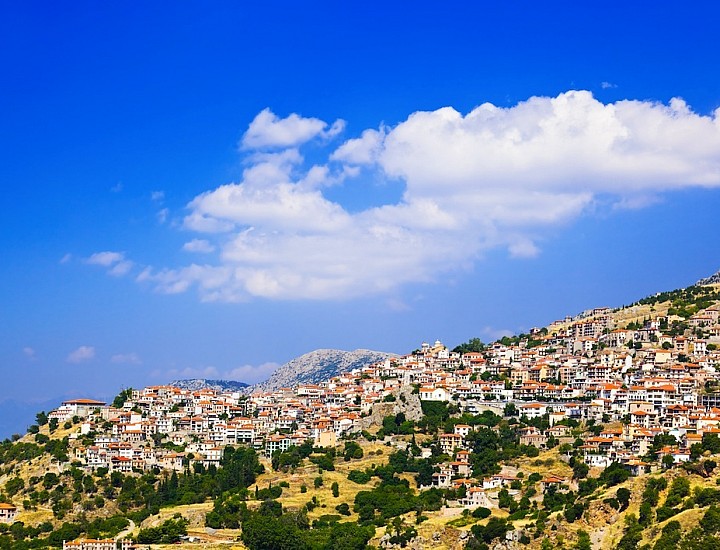 **The Covid19 Measures set by the Greek Government frequently change. Thus, it is advisable to check local restrictions applicable to indoor and outdoor activities before and during your visit to Greece**

Morning departure from Athens with two short stops at Levadia and Arachova and arrival at the archaeological site of Delphi around noon. Delphi was considered by the ancient Greeks as the navel of the earth and it was of major importance and of considerable wealth in antiquity due to its famous oracle. We will visit the Archaeological site of Delphi and will see important monuments such as The Apollo Temple, the Treasury of the Athenians, the Sacred way, the Altar of Chios and many more!

You will also pass by the Castalian Spring, considered sacred in the ancient world and where the visitors of the Delphi Oracle had to stop and follow a ritual procedure such as washing and cleansing themselves in the sacred waters before they came to the oracle. After lunch your tour will continue to Kalambaka, a town built at the foot of the majestic Meteora Monasteries, via the cities of Lamia where you will have a short stop.

Morning departure for the World Heritage Site of Meteora and the post Byzantine Monasteries perched on top of the  sandstone cliffs where visitors will be awarded a birds eye view of the fertile plains below. The monasteries or holy fortresses were inaccessible for years to the outside world and provided a secluded sanctuary for monks. Meteora is considered one of the most unique attractions and beautiful areas of mainland Greece. An optional visit to a Byzantine style icon factory will be on the program if you so wish to visit. Arrive in Athens by late afternoon.

On the return Journey back to Athens you will pass by Thermopylae the place where one of the most important battles of the Greek antiquity took place in 480 BC and see the monument of the heroic Spartan King Leonidas! Your tour guide will explain all about it. A short photo stop is scheduled.

PLEASE NOTE: Appropriate clothing is required for entrance to the monasteries of Meteora. Women are not allowed to wear short skirts or shorts and must wear long sleeved shirts. Men are not permitted to wear shorts.

** During WINTER we will be offering only FIRST-CLASS accommodation for this multi-day tour.

There is pick up service from most centrally located hotels!

Please advise us about the hotel you are staying and we will notify you via an e-mail (at info@athenswalkingtours.gr) or in the confirmation letter you will receive from us by your booking about the pick up time and point!

Entrance tickets are included in the price!