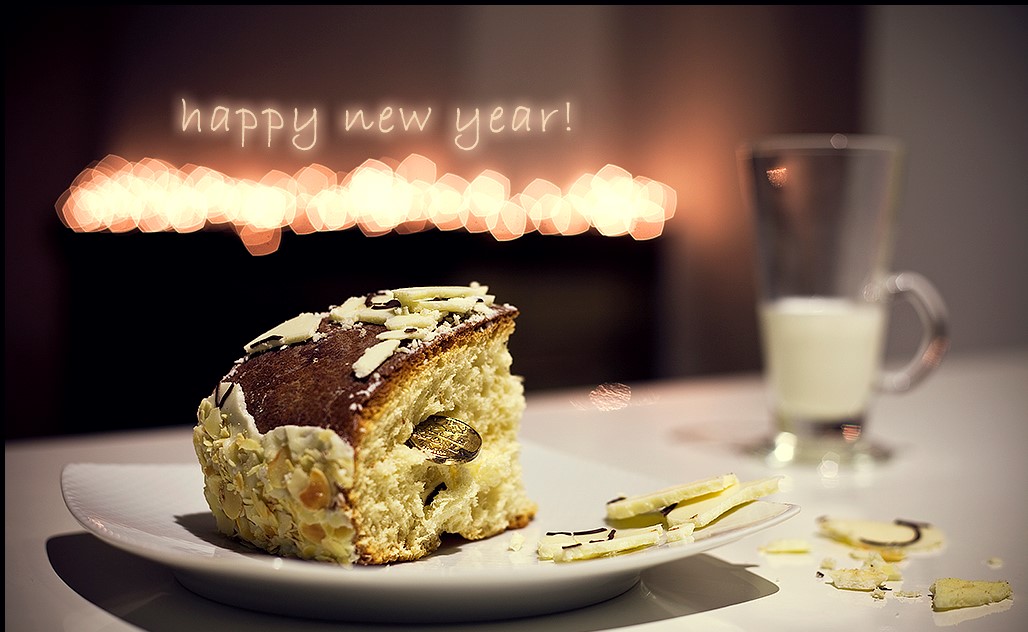 Vassilopita is the Greek New Year’s bread. It is served every year the 1st of January after dinner in households. Every company or organization also serves Vasilopita up to 40 days after that day. A coin is secretly placed inside it and the person who finds the hidden coin in their piece, s/he is considered to be lucky for the rest of the year!

Vassilopita bread is sweet and reminds us of a cake, which can be perfectly consumed as breakfast if it is not finished the same day! People find it in bakeries or they make it on their own (watch this video and prepare it by yourself!).

The tradition is traced back to Ancient Greece when people used to offer ‘’festive bread’’ to the Gods, so they would earn their favor. Throughout the centuries it seems that this tradition was kept and enriched by the Christian orthodox religion.

During the Byzantine period, Julianus the Roman Emperor (331 AC-363 AC) declared war on Persia and the civilians had to pay a certain amount of money in the form of taxes. Unexpectedly enough Julianus died and Saint Vassilios, a beloved bishop from Asia Minor (the Greek version of Santa Claus) ordered that all the collected money and jewelry should be returned to civilians. Loaves of bread were baked and distributed to all households. Before the distribution, coins and jewelry were hidden inside the bread!

The tradition of Vassilopita reminds us of values such as gratitude, solidarity and loving each other. A great way to start the new year!