At a recent wine tasting in New York the indigenous red grape varieties, mavrotragano, mandelaria, limnio and vlahiko, created quite a stir. These new reds represent a new wave of Greek wines which are now available in the United States. A selected group of Greek winemakers were visiting the “Big Apple” last week as part of a promotional tour for their wines and they were very successful.

White wines still remain the most familiar Greek wines known in the US but this tour opened up a whole new fascinating spectrum of reds. Most of the reds tasted came from northern and central Greece. Regions such as Macedonia, Naousa, Kavala and Epanomi. Others came from Epirus in the northwest and from Nemea on the Peloponnese peninsula.
One wine critic stated: “My impression is almost exactly like I’m visiting Greece,”  “they’re open-minded and experimental, but within their traditions. These wines are not plush-modern, but they are up to date.”

Although the European wine market has been experiencing a down slope caused by the global financial crisis, Greek winemakers remain hopeful, adamant, tenacious and adventurous.

This is reflected in the comment that one of the visiting winemakers, Stelios Boutaris of the Kyr-Yianni winery, made to reporters. “I am generally a guy who sees the glass half full……There have been so many journalists coming to talk about Greek wines because they are looking for a positive story about Greece. And right now, it is.”

If you are visiting Athens and would like to learn more about Greek wines and Greek cuisine then make sure to sign up for the Athens Food Tour. When you go back home you will actually understand what the writing on those exotic wine labels mean… 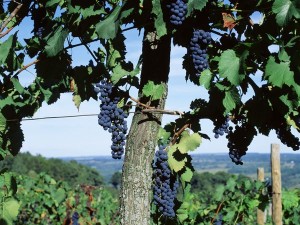 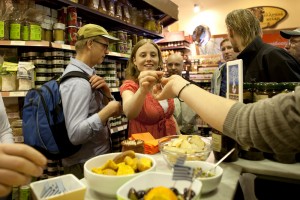