One of Athens’ Best Kept Secrets 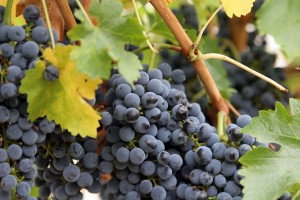 Today I am going to write about one of my favorite subjects – wine.  A master of wine told me that you have to enjoy wine with your five senses and I definitely follow his advice. I love to look at the grapes on the vine,  the color of the wine in the glass, I love to hear the popping sound of the cork which fills me with excitement and anticipation every time and the soothing almost hypnotic “gluck, gluck, gluck” sound of the divine juice pouring out of the bottle. I am fascinated by the smell of each wine which is a voyage of discovery in itself as one tries to “follow their nose” along the geography and character of each wine. And then there is the thrill of the taste of each wine as it pleasantly rolls over my tongue and the warmth its passing brings to my throat. 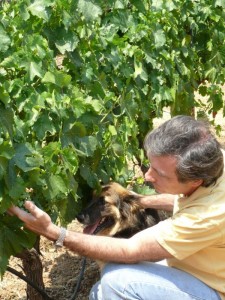 Over the years Greek wines have improved tremendously and Greek winemakers can be compared on an equal level of excellence with most of their international counterparts from other famous wine regions of the world. But did you know that the largest wine making region in Greece is in Attica and primarily in the areas of Pikermi, Kapandriti, Stamata, Spata and Pallini – all areas which are between a 30 and 60 minute drive from the center of Athens.  The region since antiquity has produced the Savatiano grape variety which produces a dry white wine and Retsina. But Attica vineyards over the years have extended their varieties to other grapes of both Greek and international varieties such as Cabernet Sauvignon, Merlot, Athiri  and Agiorgitiko.

The wine harvest in Greece begins, depending on the region, around the end of August and lasts for one month. By the end of September and beginning of October the juicy grapes have been meticulously picked, stomped,  pressed and gathered into thousands of oak barrels around the country.
This year’s wine harvest in Greece is eagerly awaited. Higher than normal summer temperatures and reduced rainfall may produce heightened flavor intensity in some grape varieties. But these things cannot be rushed; we must all be patient and wait for each wine to mature properly, but what an agonizing wait it will be.
Let us know if you would like to learn more about Greek wines and other traditional Greek foods and products.