Delphi: The center of the Ancient World 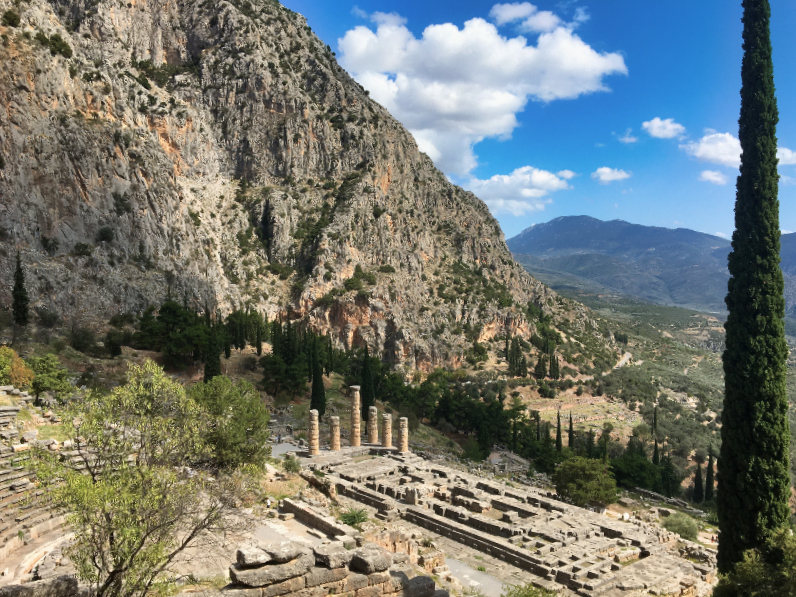 What would you say about visiting a place full of significant archaeological treasures, magnificent temples and theaters, impressive statues, and unique artefacts, situated at an amazing natural location, just a 2-hour drive from Athens? You are in Delphi, a UNESCO World Heritage Site, and the navel of the ancient world.
But what does this mean? Well, according to Greek mythology, Zeus sent out two eagles flying, one towards the east and the other towards the west, in order to spot the exact center of the world. Guess what? The two eagles met above Delphi, and Zeus marked the spot casting a sacred stone called the omphalos (meaning navel).
Delphi lies 180 kilometres northwest of Athens, on the slopes of mountain Parnassus, just above the Corinthian Gulf, and very close to Arachova, a small traditional town of enormous beauty. The route to Delphi is amazing, full of sensational, natural landscapes and cute country villages.  Pictures can hardly do justice to the calmness that surrounds the place. After leaving Athens, the countryside takes over. And the road to Delphi at the shadow of the impressive Mount Parnassus, almost 2,500 mt high, is a delightful drive. Olive groves, grapevines, cute traditional villages and majestic mountain sides are only some of the journey’s features.
Delphi has been a landmark for ancient Greeks, and it was well-known throughout the ancient world, not only Greece, as the sanctuary of Apollo, god of light and knowledge, and the shrine of his high priestess and oracle, Pythia. The Greek city-states, kings, and VIPs of the era consulted the notorious Pythia about their future endeavors.  War or peace was left for Pythia to decide. Common people would consult her as well, if they were able to afford it. Fortune-telling did not come cheap and Delphi accumulated enormous amounts of wealth each year from the devotees’ offerings.
Nowadays, Delphi is one of the most famous archaeological sites in Greece, almost as important as the Acropolis. Since it is located on a mountain slope, and divided into two levels by the main road, there is some amount of climbing but the views you will enjoy are simply superb. The site and the museum is a must-visit for people from all over the world who want to learn all about its remarkable history and also admire an awe-inspiring location of natural beauty. 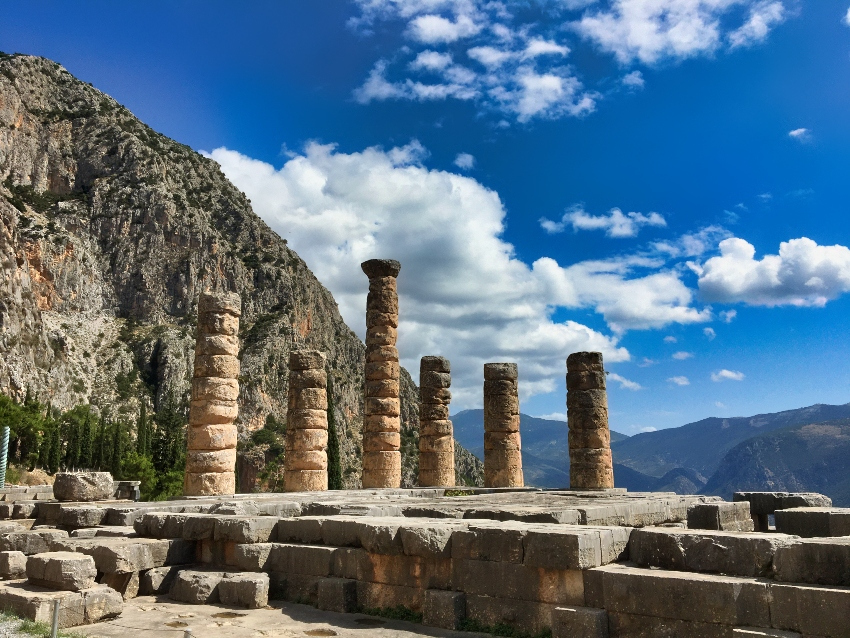 The main route leading to the Temple of Apollo through the Sanctuary is called The Sacred Way. The various city-states had erected monuments and treasuries along the Sacred Way, but nowadays only some columns and parts of the monuments have survived. Few of the foundations are still remaining intact at the Temple of Apollo. Within the impressive temple, which was full of statues, Pythia (the high priestess) would foretell the future, as Apollo could speak through her.
At the lower level of Delphi you will find the Tholos; a circularly shaped building with remaining Doric columns on the outside and Corinthian columns in the inside. Tholos is considered to be an architectural masterpiece of the classical period. It is perhaps the most photographed monument that strikes you at first sight with its mysterious beauty. 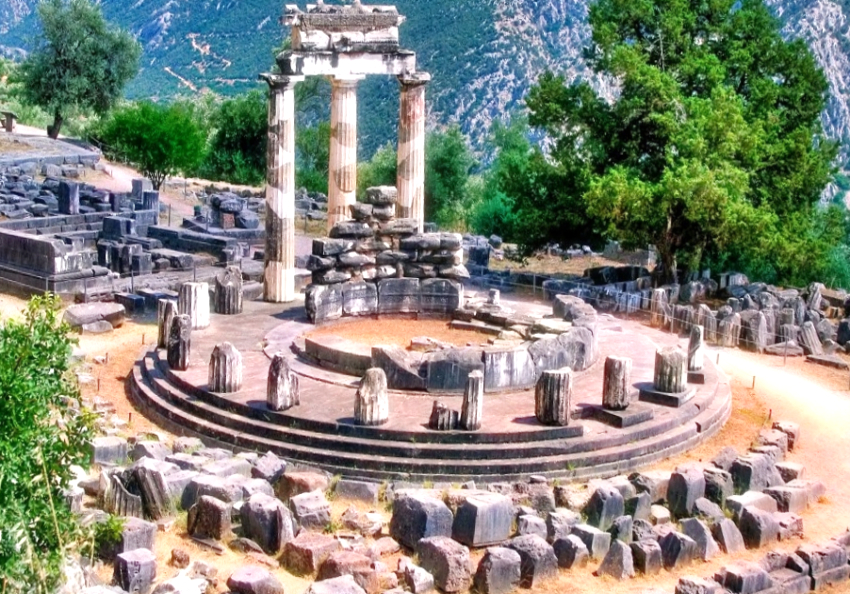 Of course it is impossible to leave the place without visiting the Delphi museum, one of the most prominent museums in Greece, hosting treasures of unparalleled beauty and historical significance, such as the Sphinx of Naxos, the famous Charioteer of Delphi, the Kouros brothers, and many more.
Visiting Delphi requires quite a lot of walking under the sun if you really want to enjoy the whole landscape and the site. Therefore, it would be wise to wear trainers and take a hat with you. Be sure to carry some water and perhaps a small snack for extra energy; you will need it. After Delphi, the nearest best option for late lunch would be Arachova, the picturesque town with excellent view and amazing stone houses. In its little taverns, you will find traditional Greek cuisine, excellent meat dishes and wonderful spoon sweets.
Mysterious temples, fascinating storytelling and overwhelming nature; it will definitely be a day trip to remember.
Things to do in Athens