The springtime of the fast has dawned

On Clean Monday, the 40 days of fasting, repentance, and forgiveness begins. Usually coinciding with the beginning of Spring in Greece, this is one of the most beautiful and spiritual  of seasons.

Clean Monday follows the two week Apokries (the Greek Mardi Gras) period and is a welcome change from all the excesses. Ideally and weather permitting Clean Monday is a holiday that is celebrated outdoors and preferably on a hilltop or some high slope where the annual kite flying can be practiced which is why a hearty wind is hoped for from all corners of the country. 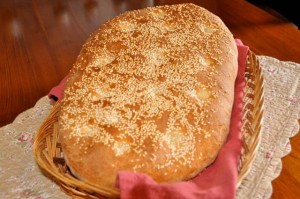 On that day, which is the first day of lent, you won’t see an unhappy face. Families, friends and members of the community get together and share the day’s meal which consists of the traditional Lagana bread, an unleavened bread which is eaten only on this day, seafood, vegetables, various spreads such as tarama and melitzanosalata and generous quantities of good wine and even more good cheer.

But isn’t lent supposed to be a somber and serious time to repent and reflect? I mean what is the whole purpose of fasting anyway? Doesn’t it kind of defeat the purpose of sacrifice and discipline when you’re having so much fun and eating So Much good food? In the movie “Chocolat” there is a scene where the mayor of the city is having his tea and he refuses cake and sugar because of lent. He refuses anything that might tempt him to sin. 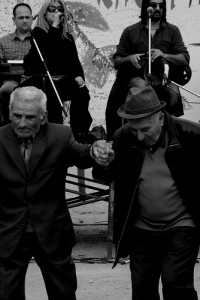 The Orthodox religion sees the glass half full.

It is much different in Greece. During lent we make fasting an art. There are a multitude of cookbooks which are dedicated to hundreds of delicious meals which are animal and dairy free, some even don’t have oil. My mother-in-law, as pious a Greek Orthodox as they come, would always look forward to lent saying that it was a great opportunity to loose a couple of kilos while she spent hours every day in the kitchen preparing all these mouth-watering dishes like passionate vegetable casseroles, lusty kalamari stuffed with spinach and wild greens, lucious spaghetti marinara and a very decadent fish roe spread (taramosalata). For dessert we had a choice of succulent spoon sweets with sour cherries from her garden, irresistible halva or semolina pudding with raisins and nuts, or this extravagant chocolate cake that actually tasted better without the eggs and butter! I am sure you won’t’ be surprised when I tell you that her diet always ended up being blown to bits!

There is actually a reason for this religious contradiction and is a marked aspect of the Orthodox approach to fasting and it comes straight from the bible and is read the morning before lent begins; from Matthew 6: 14-21: When ye fast, be not, as the hypocrites, of a sad countenance: for they disfigure their faces, that they may appear unto men to fast. Verily I say unto you, They have their reward. But thou, when thou fastest, anoint thine head, and wash thy face, that thou appear not unto men to fast, but unto thy Father which is in secret…
The Orthodox religion sees the glass half full. Lent is about repentance and self control but not about misery, neglect and needless sacrifice. Lent after all signifies the beginning of spring and new life. So I suggest for all to celebrate Clean Monday from wherever you hail and even to try and participate in a little fasting for as long as you feel is comfortable for you. It will open your heart and your appetite in new and exciting ways. Embrace spring and all the new life that it brings.
This is how I like to welcome the Great Sarakosti or the lenten period and it was written by a holy man of our age, one of the most famous theologians, Kallistos Ware: “The springtime of the Fast has dawned, the flower of repentance has begun to open…”

Below is a recipe for taramosalata and halva to get you started!

Tarama is basically caviar or the tiny eggs of a carp, cod or mullet fish and was readily enjoyed in Byzantium which is where the delicacy came from. 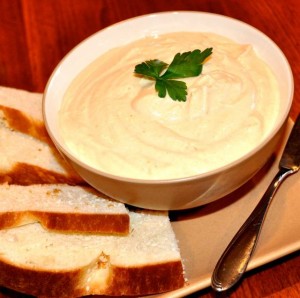 Original tarama is  pearly white or a very light pink in color but most producers dye it bright pink thinking that this will make it more attractive. I would prefer you used the undyed for this recipe but you might have a difficult time finding it abroad. Most Greek or Middle Eastern deli’s carry the dyed tarama in jars or cans but if you’re lucky and your deli owner is a true gourmand he/she may very well carry “the good stuff”.

Preparation:
This recipe was made traditionally in a mortar, which is how my grandmother used to make it. Jaimie Oliver has recently brought them back into style. If you have one you can use it but a food processor will work just as well and will save you some time.

Dip the bread slices in a bowl of water until they are thoroughly drenched and then squeeze out the excess water and set aside.
In a food processor place your tarama and your onion and mix until well blended.
Add the bread tearing first into little pieces. Then slowly add the olive oil until mixture resembles a thick paste. Add the lemon juice until creamy.
Refrigerate for a couple of hours before serving
Can be served with Lagana bread, bagel chips. saltine or wheat crackers, pita wedges or whatever you prefer. A chilled shot of ouzo or tsipouro compliments this appetizer wonderfully.

For me “halva” was the ultimate comfort food! When we were not fasting my grandmother would prepare it with butter and the whole house would smell like pure heaven. But for fasting and health purposes it is better to use oil, preferably extra virgin Greek olive oil. 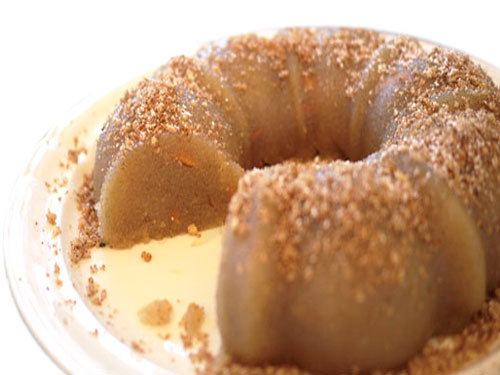 The traditional Greek Halva recipe is often referred as “1:2:3:4”, as it calls for one unit oil, two semolina, three sugar and four water.

Halva originated in the East. But because so many Greeks of diaspora came from Asia Minor, this recipe quickly spread and was adopted by the Greeks as “one of their own.” It is absolutely delicious, can be served hot, warm or cold and lasts for days. But believe me, in my house it lasts for only a few hours.

Halva is made with wheat semolina which can be found easily all over the world.
Halva is also made with sesame paste but this is much different. In certain areas of Greece like Farsala, it is made using corn starch and butter and is very sweet resembling a dark caramel.

For the traditional Halva with semolina you will need:

For the syrup:
4-1/2 cups water
2-cups sugar (you can even minimize to 1/1/2 cups if you do not want it too sweet, which is how I make it)
1/2 cup honey
3 small pieces cinnamon stick
3-4 whole cloves
2-inch pieces of orange and lemon peel
Ground cinnamon for dusting

In a large  saucepan ( I use a pot that I cook spaghetti in) add the oil and heat at medium high until shimmering. Slowly add the semolina while stirring constantly to prevent from sticking and burning. Cook the semolina until grains begin to toast and turn a golden color. Remove the pot from the heat and carefully add the hot syrup to the semolina which stirring constantly but be very careful that the mixture doesn’t bubble up to burn you. Stir in the raisins, walnuts and pine nuts. A little secret of mine here is to roast the pine nuts just a little so they turn a golden brown and release a deliciously nutty flavor. If the liquid has not been absorbed place it back on very low heat while stirring constantly only until the liquid has been completed absorbed. Remove from heat and set aside. Cover the pot first with a clean tea towel (to absorb moisture) and then with the cover for 10-15 minutes to cool and set.
Then place semolina in a bundt cake mold or individual ramekins. Sprinkle with cinnamon and some more chopped nuts if you like before serving.
Halva is best, in my opinion when it is slightly warm. But most people eat it at room temperature.

Kali Orexi kai Kali Sarakosti! (which is the word for the Great Lent in Greek)

If you do the Athens Food Tour you will have the opportunity to taste the famous Halva and your tour guide will speak about it!