Evzones, or, as we Greeks like to call them, “Tsoliades”, are the pride of our army!

If you join our Historical Athens Walking Tours, you will have the opportunity to see them guarding the Tomb of the Unknown Soldier, right in front of the Parliament. 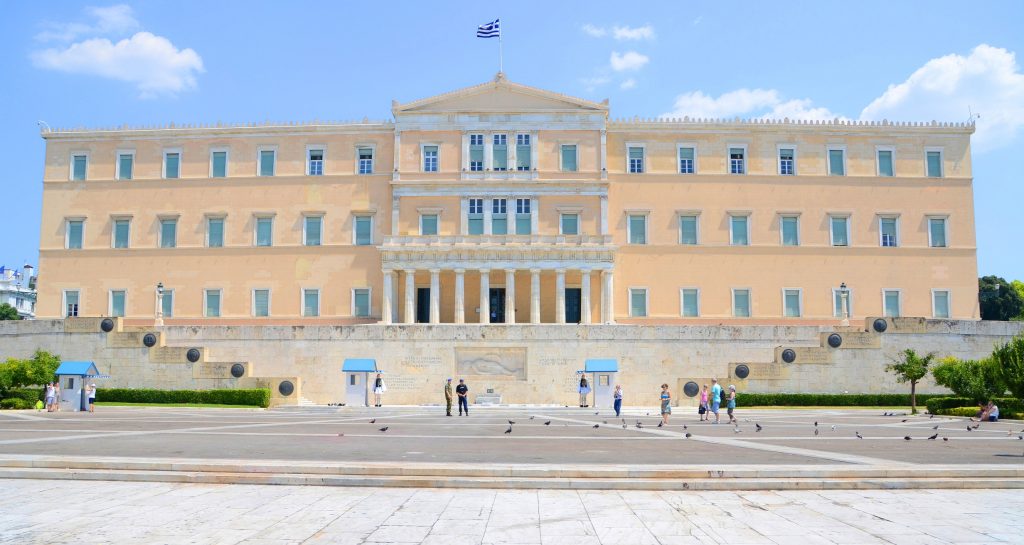 The Parliament and the Tomb of the Unknown Soldier

Actually, all our historical walking tours are designed in such a way, that you will also be able to attend the impressive “change of guards” that takes place every hour.

The changing of the guards

Dressed with their daily uniforms, they might strike you as “funny” at the beginning, though I ensure you, there’s nothing funny about their clothes and about their “foustanella” (the white kilt they are wearing), which has become a trademark of Athens and Greece worldwide. 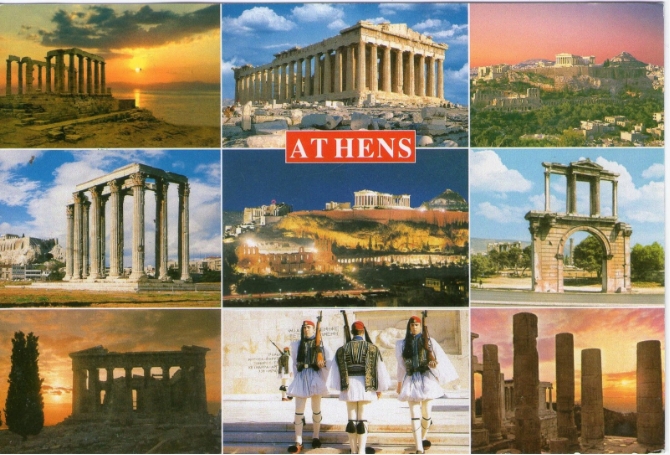 Evzonas means “well- girt” man and the word implies an elite status. This special troop has a very reach heroic history that dates back to 1833. 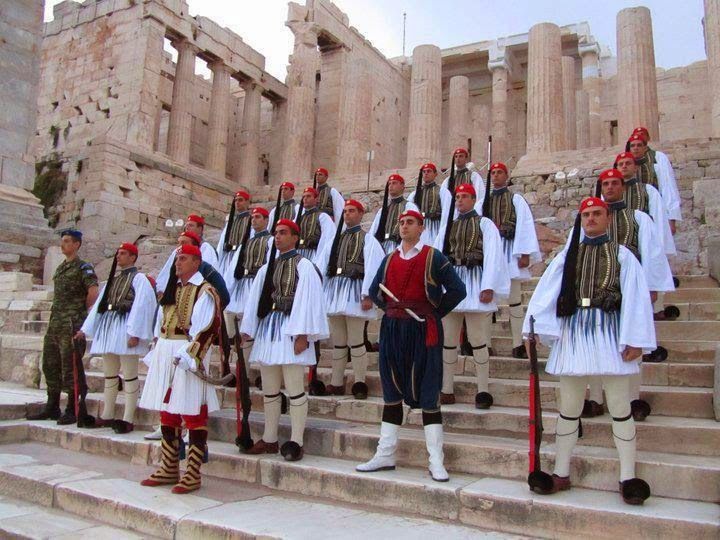 Evzones at the Acropolis

Let’s take a closer look at their uniform. They wear:

–          A “Farion”, a scarlet fez with a long black silk tassel, which according to tradition symbolizes Christ’s tear while on the cross. On the front of the Farion, they carry the national emblem. 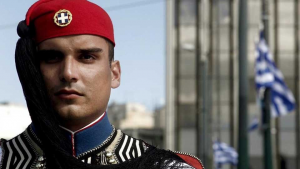 Τhe Farion with the national emblem of Greece

–          A white shirt with exceptionally wide sleeves, called “Ypodetes”, which, again according to tradition, symbolizes the just cause of each National battle.

–          The “Foustanella”, the cotton kilt made from 30 meters (98 feet) of white cloth, with more or less, 400 pleats, representing the 400 years of Ottoman occupation. The foustanella derives from the traditional uniform of Continental Greece. 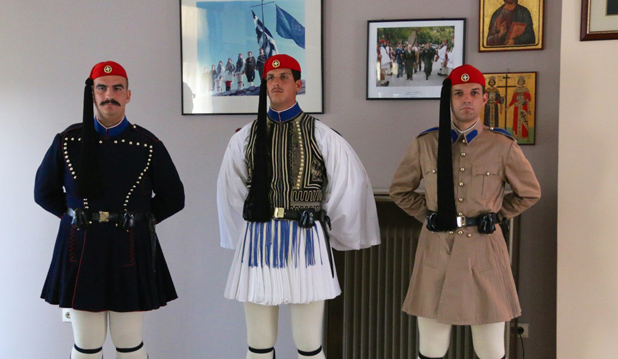 The Winter – the Formal – and the Summer Uniform of an Evzones

Then, they also wear the “Fermeli”, the waistcoat, which indicates also their military rank, the “Krossia” (fringes in blue and white, the colors of the Greek flag), the “Epiknemides” (garters), the “Periskelides” (white woollen stockings, two on each leg!), the “Anaspastos” (inside garter to hold the stockings in position), a black leather cartridge belt and last but not least, the “Tsarouchia”: Red leather clogs with black pom poms. In times of war, the Evzones used to hide a blade underneath the pom pom as an extra mean to defend themselves. They could stab one with it.

Under the sole, depending on the size, there are 60 to 120 nails. The tsarouchia weigh approx. 1,5 kilos, each. 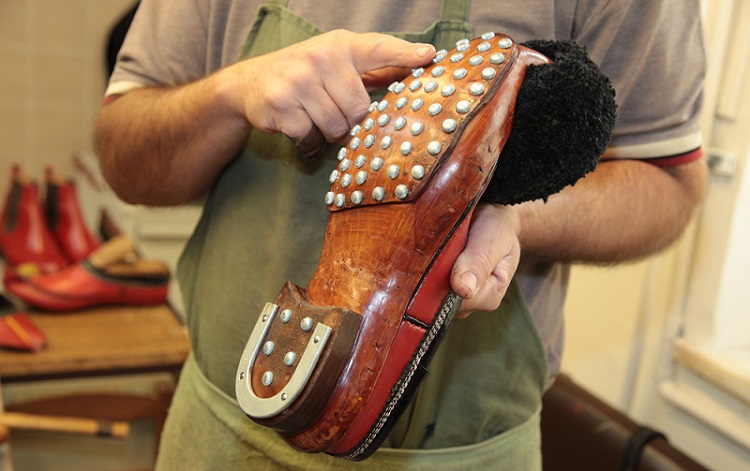 All Evzones are tall (over 1,85m/6 feet) and while they stand guard on their post, day or night, rain or snow or sunshine, they are not allowed to move or speak unless they will be ordered to, by their superiors.

So, if you greet a Tsolia in Syntagma (Constitution sq.) don’t be sad because he didn’t greet you back!