Teach Me To Dance

The Universal Spirit of Zorba

Although I was just a little girl when I first saw the film it branded my memory and my conception of who I was and where I came from even if I hadn’t realized it at first. Since then I have seen the movie a few more times and have met a couple Zorba’s that left their mark on me as well. 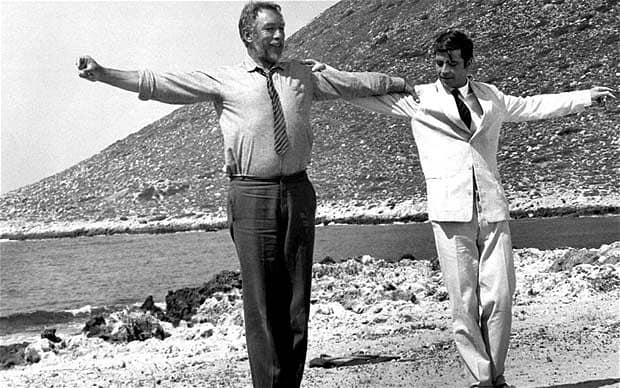 Who is Zorba? Zorba is a character from the most famous novel that the Greek writer Nikos Kazantzakis ever wrote – Zorba The Greek. The novel was adapted into a famous movie in 1964 starring Anthony Quinn and Alan Bates. Zorba is a jack of all trades from the island of Crete, in his mid 50’s but as robust, vibrant and full of life as an 18-year-old. He meets Basil – a thirty-something half British half Greek writer who is traveling to Crete to write a book on Buddha! The rest of the story consists of the stuff of which myths are made. Since then Zorba has become a symbol of the Greek idea of the vitality of life. 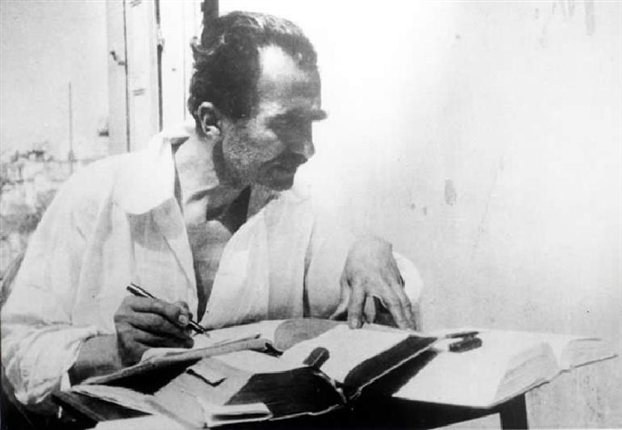 The very first Zorba of my life was my father. The image of my father dancing with his arms outstretched, his eyes closed, his head tilted back and the look of joyous abandonment on his flushed face remains ever so vivid still in my mind.  Those who have seen the movie know what I am talking about. It is a dance for “Leventes” (for the gallant and the fearless). Alan Bates in the movie says to Zorba “teach me to dance” as if he is saying “teach me to live”.

The second Zorba I met was a fisherman on the island of Sifnos named Stellio. I was in college then and had taken a semester off to travel and find “the meaning of life”. We thought we could do that in a semester back then. So I discovered this beautiful peaceful island (it was peaceful in the 80’s) in the Aegean with great beaches and food and friendly people. Stelio lived in a hut by the sea with his wife and 4 children. He taught me about the wise sea and the fickle wind, that if you had some fish and a little oil with which to fry it with, some wine, and a baglama (a mini bouzouki)- you had everything. 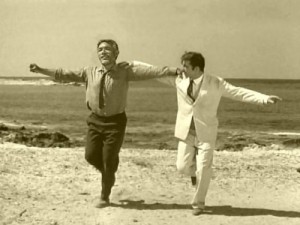 Then as I got older I got into Zen and Buddha and forgot Zorba for awhile. Buddha was more sophisticated I thought, more worldly, more universal. But just recently, at a yoga retreat I was attending, I had a very enlightening revelation – that Buddha and Zorba are the same. As our yogi was telling us to let Buddha enter the mind and Zorba enter the spirit I blossomed. That was the key I thought. The key to living a mindful life without pretending that tofu and kefir are the divine foods of the Gods. No! Yuck! I want wine and dancing and love and yes, even though I hate to admit it, some good souvlaki now and then!

Here are some of my favorite quotes from the book:

“This is true happiness: to have no ambition and to work like a horse as if you had every ambition. To live far from men, not to need them and yet to love them. To have the stars above, the land to your left and the sea to your right and to realize of a sudden that in your heart, life has accomplished its final miracle: it has become a fairy tale.”

“For I realize today that it is a mortal sin to violate the great laws of nature. We should not hurry, we should not be impatient, but we should confidently obey the eternal rhythm.”

“How simple and frugal a thing is happiness: a glass of wine, a roast chestnut, a wretched little brazier, the sound of the sea. . . . All that is required to feel that here and now is happiness is a simple, frugal heart.”

My favorite of all:

“Every man has his folly, but the greatest folly of all … is not to have one.”

So go on people and have a folly. Allow Zorba to come into your life and surrender yourself a little to him. Stop to enjoy the almond tree in full blossom and notice the delicate scent of its flowers. When you’re eating your lunch actually pay attention to what your food tastes like, think of where it came from, who took the trouble to cook it for you etc. Try to live in the now and enjoy the moment because it’s the only one we’ve got.